Get a 10% discount on all prepaid orders above Rs 200 by using coupon code PREPAID10. Not valid on Cash on Delivery orders, Vintage books and books set/surprise set.
Agatha Christie 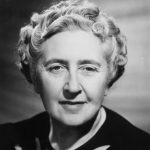 The Body in The Library: Dolly Bantry’s reaction on seeing the body of a beautiful, but very dead, blonde in her library is to immediately call for her friend Jane Marple. The police identify the girl as Ruby Keene, a dance hostess. She was reported missing by elderly invalid Conway Jefferson who, fond of Ruby, planned to adopt her – much against his family’s wishes. When the body of another dead girl turns up, Miss Marple, with her incredible eye for spotting the clues that others overlook, determines to find this ruthless killer

A Pocket Full of Rye: Rex Fortescue, king of a financial empire, was sipping tea in his ‘counting house’ when he suffered an agonising and sudden death. On later inspection, the pockets of the deceased were found to contain traces of cereals.
Yet, it was the incident in the parlour which confirmed Miss Marple’s suspicion that here she was looking at a case of crime by rhyme…

A Murder is Announced: The villagers of Chipping Cleghorn, including Miss Marple, are agog with curiosity over an advertisement in the local gazette which reads: ‘A murder is announced and will take place on Friday October 29th, at Little Paddocks at 6.30 p.m.’ A childish practical joke? Or a hoax intended to scare poor Letitia Blacklock? Unable to resist the mysterious invitation, a crowd begins to gather at Little Paddocks at the appointed time when, without warning, the lights go out…

The Moving Finger: Lymstock was a town with more than its share of shameful secrets – a town where even a sudden outbreak of anonymous hate-mail caused only a minor stir.
But all of that changed when one of the recipients, Mrs Symmington, committed suicide. Her final note said ‘I can’t go on’. Only Miss Marple questioned the coroner’s verdict of suicide. Was this the work of a poison-pen?