Get a 10% discount on all prepaid orders above Rs 200 by using coupon code PREPAID10. Not valid on Cash on Delivery orders, Vintage books and books set/surprise set.
Lee Child 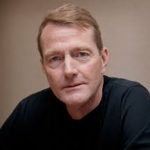 If anyone can put down Worth Dying For after the first few pages, then they shouldn’t really be reading thrillers at all’ – Independent

There’s deadly trouble in the wilds of Nebraska…and Reacher walks right into it. He falls foul of the Duncans, a local clan that has terrified an entire county into submission.

But it’s the unsolved case of a missing eight-year-old girl that Reacher can’t let go.

Reacher – bruised and battered – should have just kept on going. But for Reacher, that was impossible.

What, in this fearful rural county, would be worth dying for?

Although the Jack Reacher novels can be read in any order, Worth Dying For follows on directly from the end of 61 Hours

James Dover Grant CBE, primarily known by his pen name Lee Child, is a British author who writes thriller novels, and is best known for his Jack Reacher novel series. The books follow the adventures of a former American military policeman, Jack Reacher, who wanders the United States.