Get a 10% discount on all prepaid orders above Rs 200 by using coupon code PREPAID10. Not valid on Cash on Delivery orders, Vintage books and books set/surprise set.
Rick, Riordan 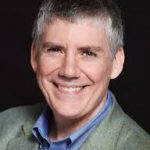 The Kane family visits the London museum, where Julius Kane uses the Rosetta stone to summon Osiris, the god of evil. Accidently five gods appear and Set, the brother of Osiris, imprisons Julius Kane. His son, Carter and daughter, Sadie Kane, run for their lives and try to find a way to free their father. They go on a terrifying journey from Egypt to south west America and meet many characters on the way. Some help them and some don’t and the duo ultimately uncover the a hidden truth about their family. Misadventures occur and they finally get back to their original mission to save their father. Find out if they are successful in their endeavor, in the fascinating end to this book.

Richard Russell Riordan Jr. is an American author. He is known for writing the Percy Jackson & the Olympians series, about a twelve-year-old Percy Jackson who discovers he is a son of Greek God Poseidon. Riordan's books have been translated into forty-two languages and sold more than thirty million copies in the US.