Get a 10% discount on all prepaid orders above Rs 200 by using coupon code PREPAID10. Not valid on Cash on Delivery orders, Vintage books and books set/surprise set.
Ken Follett

The Man from St. Petersburg 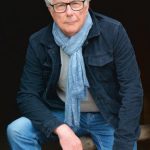 The Man from St Petersburg is an unpredictable spy thriller with a gripping narrative. The story is set right before the Second World War and around the time that the secret naval talks were supposedly happening between Britain and Russia.

This book is about the arrival of Prince Alexei, Czar Nicholas’ nephew, for bilateral talks at the outbreak of the war and the enigmatic Feliks, an anarchist who seeks to collapse the Anglo – Russian negotiations. The story unfolds as the latter tries to manipulate, blackmail and otherwise gain information on the prince’s hiding place from the aristocratic Waldens, with whom he has mysterious ties in keeping with the realistic conventions of secret history books, the entire affair is seen to be hidden from the public eye forever, with the war going on unchanged. The Man from St Petersburg, by Ken Follet, was published as a paperback by Pan Macmillan in 1998.

Be the first to review “The Man from St. Petersburg” Cancel reply