Get a 10% discount on all prepaid orders above Rs 200 by using coupon code PREPAID10. Not valid on Cash on Delivery orders, Vintage books and books set/surprise set.
Richard Dawkins

The Extended Phenotype by Richard Dawkins 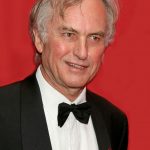 In The Selfish Gene, Richard Dawkins crystallized the gene’s eye view of evolution developed by W.D. Hamilton and others. The book provoked widespread and heated debate. Written in part as a response, The Extended Phenotype gave a deeper clarification of the central concept of the gene as the unit of selection; but it did much more besides. In it, Dawkins extended the gene’s eye view to argue that the genes that sit within an organism have an influence that reaches out beyond the visible traits in that body – the phenotype – to the wider environment, which can include other individuals. So, for instance, the genes of the beaver drive it to gather twigs to produce the substantial physical structure of a dam; and the genes of the cuckoo chick produce effects that manipulate the behaviour of the host bird, making it nurture the intruder as one of its own. This notion of the extended phenotype has proved to be highly influential in the way we understand evolution and the natural world. It represents a key scientific contribution to evolutionary biology, and it continues to play an important role in research in the life sciences.

The Extended Phenotype is a conceptually deep book that forms important reading for biologists and students. But Dawkins’ clear exposition is accessible to all who are prepared to put in a little effort.

One of the most respected scientists in the world and the biggest draw in secularism, Richard Dawkins always generates impressive crowds when visiting North America. Secularism is sweeping America as a movement, and Richard Dawkins is the catalyst who galvanizes it. From 1995 to 2008 Richard Dawkins was the Charles Simonyi Professor of the Public Understanding of Science at Oxford University. He is an internationally best-selling author. Among his books are The Ancestor’s Tale, The Selfish Gene, The Blind Watchmaker, Climbing Mount Improbable, Unweaving the Rainbow, A Devil’s Chaplain, The God Delusion, The Greatest Show on Earth and The Magic of Reality. His most recent books are his two-part autobiography. Part 1 An Appetite for Wonder, released in 2013 and A Brief Candle in the Dark released in 2015. He is a Fellow of the Royal Society and of the Royal Society of Literature. His around-the-world speaking tour is the focus of a recent documentary “The Unbelievers” which also features appearances by Woody Allen, Stephen Colbert, Cameron Diaz, Ian McEwan, Ricky Gervais, Stephen Hawking, Eddie Izzard, Bill Pullman, and Sarah Silverman.