Get a 10% discount on all prepaid orders above Rs 200 by using coupon code PREPAID10. Not valid on Cash on Delivery orders, Vintage books and books set/surprise set.
Roald Dahl 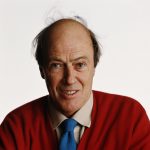 In Switch Bitch four tales of seduction and suspense are told by the grand master of the short story, Roald Dahl. Topping and tailing this collection are “The Visitor” and “Bitch,” stories featuring Dahl’s notorious hedonist Oswald Hendryks Cornelius (or plain old Uncle Oswald) whose exploits are frequently as extraordinary as they are scandalous. In the middle, meanwhile, are “The Great Switcheroo” and “The Last Act,” two stories exploring a darker side of desire and pleasure. In the black comedies of Switch Bitch Roald Dahl brilliantly captures the ins and outs, highs and lows of sex.

Roald Dahl, the brilliant and worldwide acclaimed author of Charlie and the Chocolate Factory, James and the Giant Peach, Matilda, and many more classics for children, also wrote scores of short stories for adults. These delightfully disturbing tales have often been filmed and were most recently the inspiration for the West End play Roald Dahl’s Twisted Tales by Jeremy Dyson. Roald Dahl’s stories continue to make readers shiver today.

Roald Dahl was a British novelist, short story writer, poet, screenwriter, and wartime fighter pilot. His books have sold more than 250 million copies worldwide. Dahl was born in Wales to Norwegian immigrant parents. He served in the Royal Air Force during the Second World War.