Get a 10% discount on all prepaid orders above Rs 200 by using coupon code PREPAID10. Not valid on Cash on Delivery orders, Vintage books and books set/surprise set.
J K Rowling

Harry Potter and the Order of the Phoenix by J. K. Rowling 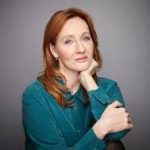 Adventure continues when an unexpected attack was staged by a group of evil spirits called “dementors” on Harry and Dudley (cousin). Harry is saved and taken to Sirus Black’s home, which is also headquarter of the Order of the Phoenix, a group of wizards, led by Hogwarts headmaster Albus Dumbledore. Harry is informed about Voldemort’s return. Time is running out and Harry has to act fast. In order to protect himself from savage assaults of Voldemort, Harry has to allow Professor Snape to teach him protection spells.

Harry knows that Voldemort’s will stop at nothing to find and kill him. Trouble starts one after another when Dolores Umbridge takes the place of professor of Defence against Dark Art in Hogwarts and starts torturing Harry. She exposes Dumbledore’s army and becomes the new Headmistress. Harry needs Snape’s help to fight against the Dark Lord Voldemort but also learns from his memory that Snape never liked his father. Where the story takes steep and burtal turns, Harry finds himself stuck with impossible choices and shocking revelations. What will Harry do? What sacrifices will he make to save his dear friends and Hogwarts? Will he be saved or die in the battle against Voldemort? Find all in Harry Potter and the Order of the Phoenix. 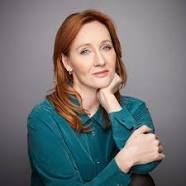 J.K. Rowling is the author of the much-loved series of seven Harry Potter novels, originally published between 1997 and 2007.

Be the first to review “Harry Potter and the Order of the Phoenix by J. K. Rowling” Cancel reply